Decided to open the hives up today and see if anybody needed a new honey super. It’s hard to believe I’ve only had my bees for two months, it sort of feels like I’ve always had them. They are so fascinating to observe and learn about.

First up was the hive I started from a nuc in May. They got a new honey super last week with mixed plastic foundation and wax starter strips. I was hopeful they had done something in there during that time, anything, but they haven’t touched it.

I didn’t want to disturb them too much but I did notice lots of capped honey on the tops of the brood frames below, so they’re not doing absolutely nothing. The outer frames of their top deep brood box are still only half drawn as well, but coming along. I decided to start feeding them 50/50 sugar syrup again just so they can get a boost on beginning to draw out that comb. 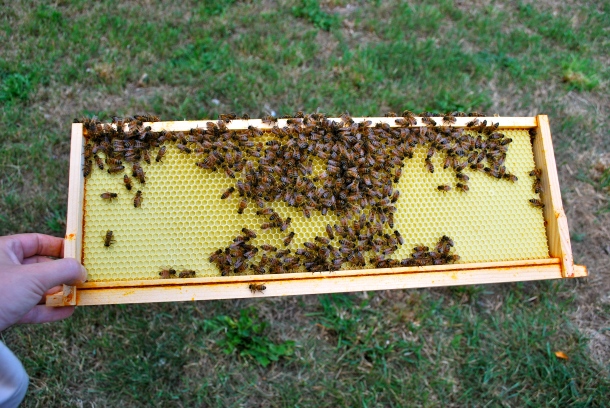 Just getting started on this medium frame

I’ve read that the pH of sugar water is around 6.0, while the pH of nectar is closer to 4.2. This imbalance can cause health problems for the bees so it’s best to keep feeding to an absolute minimum. I’ll probably feed this hive until they get their honey super comb well underway and then stop for good unless the bees are starving. Once I have some reserves of drawn comb to fall back on, I’ll be in a much better position.

The two split hives on the other hand were doing great. Both honey supers that were added back in May are almost completely full of honey! I’m realizing now the wisdom of those who told me that switching to all medium boxes is the way of the future. Even a single medium frame full of honey is surprisingly heavy! 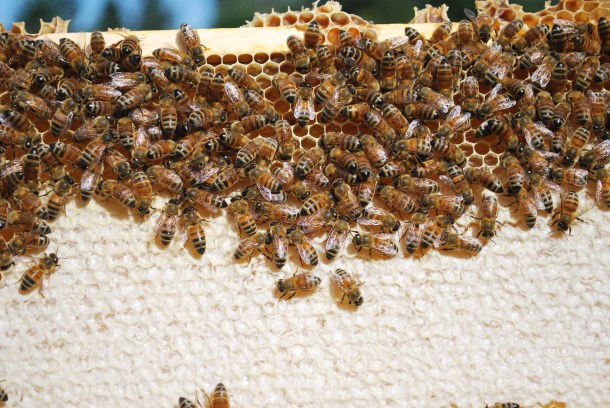 Look at all that capped honey! 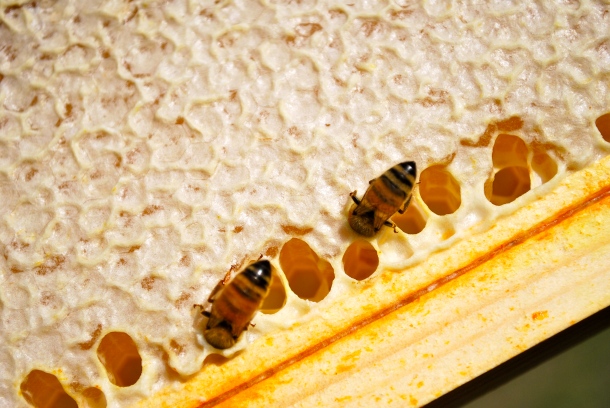 I might harvest a frame or two of honey this year, but for the most part I’m expecting to leave it for the bees since this is our first year.

I’ve been learning about the natural beekeeping method spoken about by Michael Bush, which is based on not treating bees and instead allowing weak bee genetics to die out and strong/hygienic genetics to take over. He makes a good point when he says that treating varroa mites only selects for stronger varroa and weaker bees. The theory is that if everyone stops treating for varroa, the bees will adapt within a few years and it will never be a serious problem again. Of course a lot of bees will die initially, but those are all bees with weak genetics anyway.

The ecology of a beehive contains many microorganisms other than just bees, including a documented 170 types of mites. Damaging that ecology with pesticides and antimicrobial essential oils doesn’t make a lot of sense to me. I’ve made the decision to attempt to go treatment free with my hives and see what happens. I’ve already secured a few potential sites in friend’s yards so if I need to boost my hive numbers to ensure survival, that’s just what we’ll do. 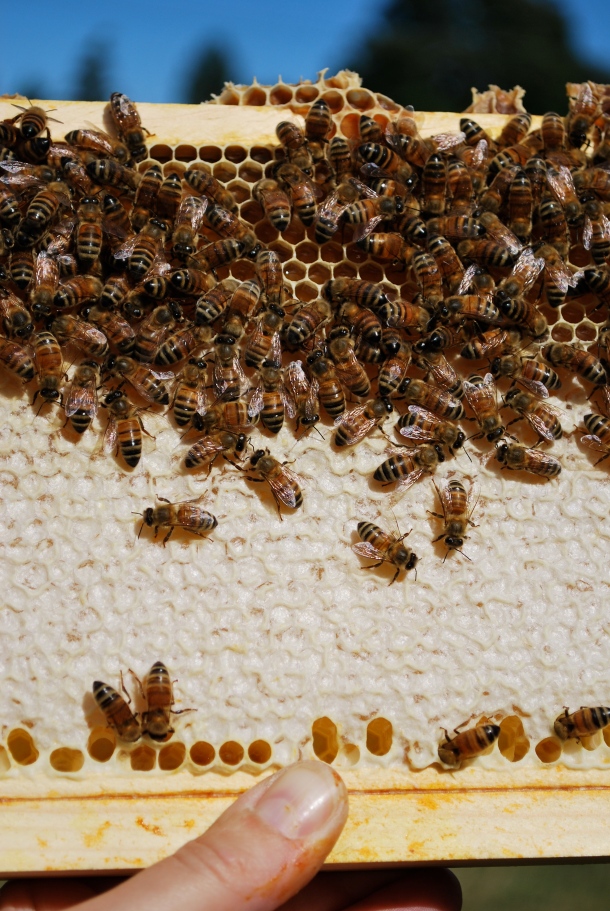