Bert the Golden Pheasant’s moulting is coming along nicely. He now has some iridescent teal and black feathers on the nape of his neck, and some royal blue ones coming in on his wings. He has more scarlet on his breast and most of his old tail feathers have now fallen out.

I’m training him to accept handling by first touching him a little on his beak or on his throat and then offering a treat. I will often offer him a tidbit of something green while I’m out in the yard. He only really likes the tender growing tips of plants.

I have a little whistling sound I use to call him that sounds similar to his own, and he now knows when I’m calling and will come over and jump up on the ledge for his treat. He knows better than to try to get treats from me while he’s on the ground because the chickens will trample right over him to get there first. 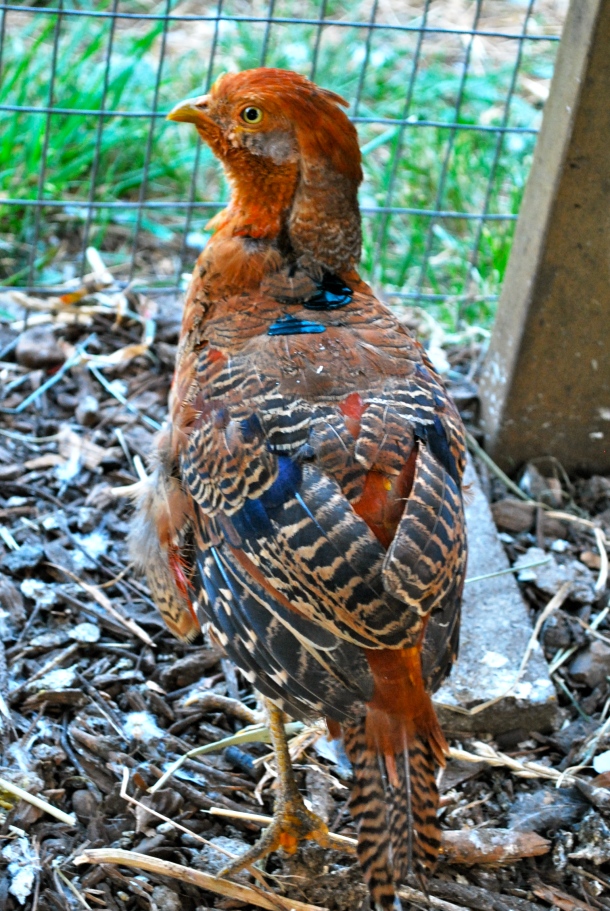 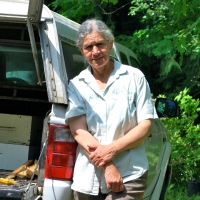