We have two new Rex litters that are about a week old now. Opal kindled ten kits, and her daughter Five Spice kindled for the first time, and produced six. All born in the nest on day 32, like mother like daughter.

Five Spice nearly tricked me with her first litter, I was checking nests every day to see if kits had arrived, and on day 32 her nest still looked undisturbed. Unusual for a first timer, usually they make quite a mess. I assumed she had not taken this time… I even put my hand in the nest and felt no warm, squirmy rabbit bodies.

When I went in and stroked her, she flattened out and stuck her hind end in the air, very evidently keen to breed. That was the clincher, I assumed no way would anyone want to breed if they were about to give birth, so I figured I would waste no time and put her back in with the buck.

While they were cavorting, I tidied up her cage and refreshed her food and water. I was removing the nestbox when I saw that there was a tiny bit of fluff in the back corner. Fur in the nest? Sure enough, six perfect little kits were all scrunched up in the far corner.

Opal has a broken black otter, a few broken opals, a broken castor, a solid castor, some solid opals and what looks like a blue otter. 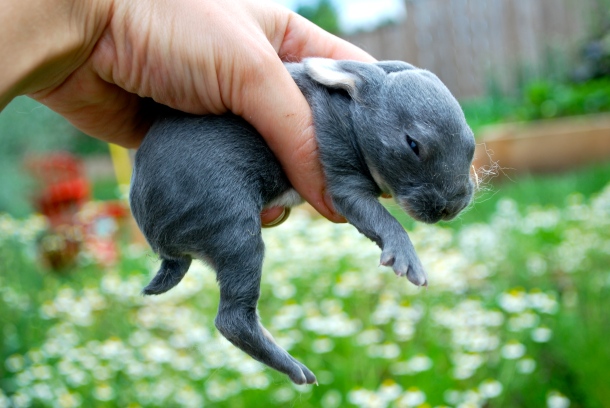 One thought on “Latest Rex Litters”